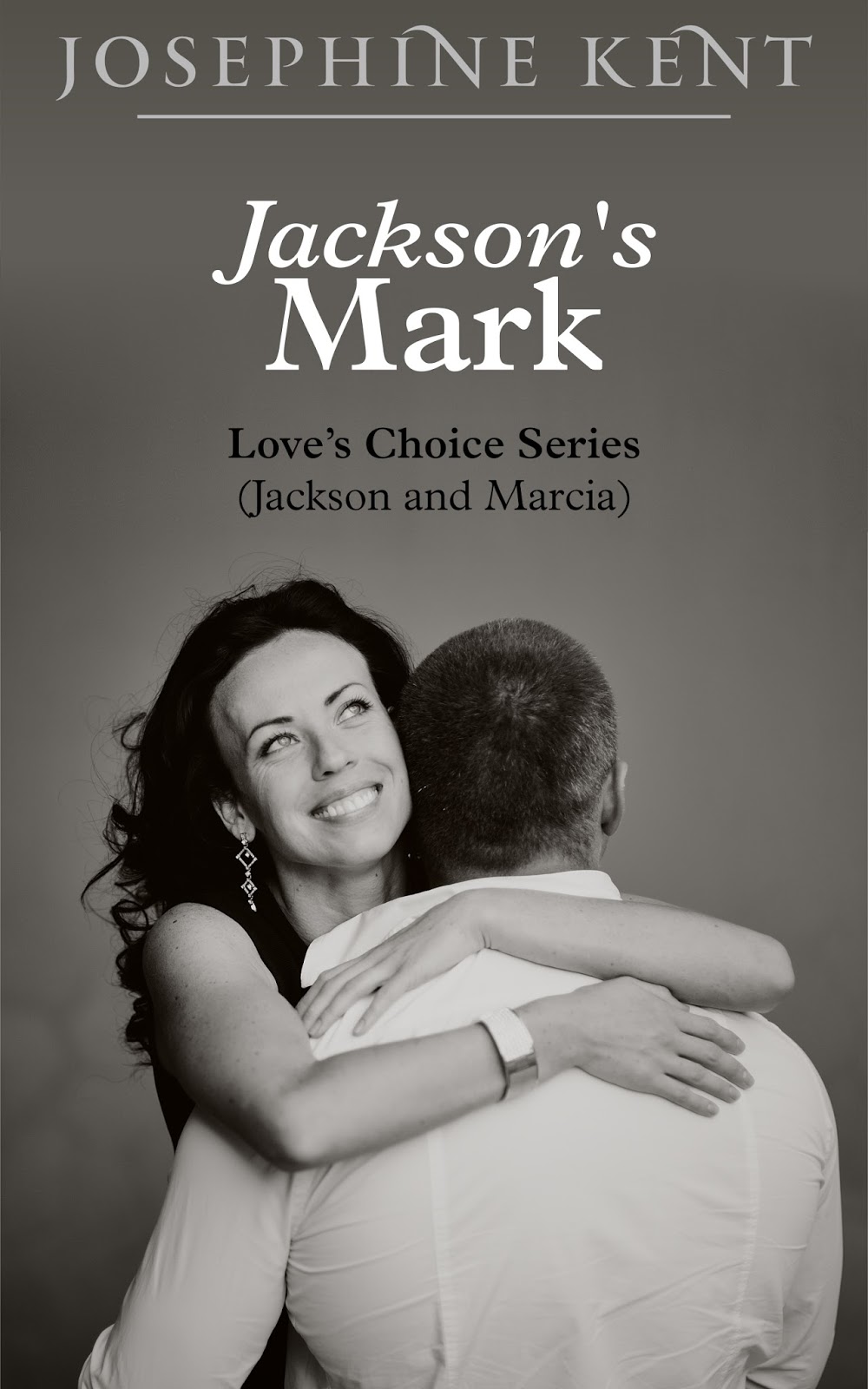 'Jackson's Mark' was originally published at Smashwords.com. It is sold at multiple ebook marketplaces such as Nook, Kindle, Kobo, and more. The standard price for all my novellas is $1.99. This particular novella is a personal favorite.

Originally, I did not intend for it to be a part of a series. But, as I'm just starting out, things are still just falling into place. Therefore, while I wrote 'Jackson's Mark' as the first completed novella in the Love's Choice series, it is actually the third book in. The series is about a group of friends who find love. My order of publishing on this series is all jacked up, but I'll sort myself out in time.

"I'm going to go ghost on TimeLine from now on," Marcia promised, dusting the crumbs off her fingers before crossing her heart.
Claudia coughed. "Ghosting? Is that some new App that I haven't heard of yet?" She took another bite of her lunch, and before Marcia could answer, said, "I swear, if another twelve year old becomes a dot-com millionaire in one month, I'm just going to roll over and die."
Marcia chuckled. "The older folks are taking away our Social Security, and the kids are monopolizing the cash. At this rate we'll be living under a bridge by the time we're fifty."
"True that!" Claudia laughed. "But tell me about this ghost business. What has Timeline done to you this time?"
Both incensed and embarrassed, Marcia sought a way to name the source of her ire. Only one word summed up her trouble. "Jackson."
Claudia's brows shot high. "My brother, Jackson?"
"Yes." Jackson was the cousin that Claudia's parents had adopted as their own when he was fifteen. Three years older than the girls, Jackson got along famously with his sister. His relationship with Marcia however, was another story. The decade and a half that they'd known each other was filled with legendary battles. Marcia was over the whole 'war-with-Jackson' agenda; but he had developed more experience in pushing her buttons than he had invested in his chosen career - a career that he was extremely passionate about. Apparently, old habits were even harder to kill if you actually enjoyed them.
"What did he do?"
Marcia looked away from her friend. "Have you logged in today?" When Claudia shook her head 'no', Marcia exhaled loudly. "I posted a few recent pictures last night. Close-ups."
"Oh, yes!" Claudia exclaimed. "The portraits. I saw them just before I logged off. Jackson couldn't possibly find anything bad to say about them. They were gorgeous!" But, Claudia knew her brother. Jackson was notoriously excellent at insulting Marcia.
"Your brother," Marcia growled in a frigid tone, memories resurrecting her anger. When she was calm enough to speak clearly, she continued, "Your brother saw the photos and decided to comment."
No further words were necessary, as Claudia's expression moved from curiosity, to worry, to horror.
"He didn't!"
"Oh, yes. He did!" Marcia emptied her glass of champagne in one gulp. "Hear this," she said, pulling out her cell-phone and logging into her page. "'Marc,'" She scrolled and squinted. "No matter how I tell him that M-A-R-C spells Mark and my name is Marcia, he insists on using that dreadful nickname. 'Marc,' he says. 'Nice pic. Congratulations! Looks like you've lost a whole other person since I saw you last.'"
Claudia coughed wine through her nostrils. "He didn't!"
"I just read it to you!" Marcia shoved her phone under her best friend's nose. "I swear Claudia, if I didn't love you before he came along, I'd have stopped being your friend the moment your mother brought that scruffy mutt home."
"Well, what did you do when you saw it?" Claudia asked eagerly. Whatever Marcia had done was bound to be good. But, since Marcia had refused to continue the feud with Jack after the Fiasco of Last Thanksgiving, her responses to his antics were now a little boring.
Marcia scowled. "I deleted the post of course." Her look said anything less would be uncivilized. "I've got six hundred guys on Timeline thinking that I am and have always been a size two. Now he comes along and ruins it." Her scowl deepened. "Worse still. He didn't let it end there."
"Hold on! I've got to see this for myself." Claudia pulled out her own phone and logged into the social networking site.

"See what I mean?" Marcia growled. "He's got them thinking I'm an overweight transvestite."
"Haha! You guys are hilarious!" Claudia crowed. "Which pic did he post?"
Marcia glared at her. "Your family has a way of finding the most inappropriate things funny."
"Come on. Tell me. Which picture did Jack post?"
"The one of me at the county fair," Marcia reluctantly confessed.
"Which county fair? We've been going to them since we were twelve."
Wincing, Marcia admitted, "The one from last year."
Claudia's eyes widened in horror. "No!"
"Yes!"
"No! I refuse to believe it. Jackson isn't that insensitive. He didn't post the…"
"He did! He posted the chili eating competition."
Fingers moving rapidly, Claudia tapped in to Jackson's page. She was laughing uproariously through the first three photos, causing all the eyes in the trendy tapas bar to turn their way. On the fourth photograph however, her laughter died a sudden and brutal death.
"I'll kill him!" she roared.
"Why?" Marcia asked, a sly smile on her face. "Did you get to the fourth photo? The one of you covered in three alarm chili, and shoveling even more into your mouth? Or is it the one of you holding the pot from Firehouse No.9, and the giant two hundred dollar prize check? Is that why you plan to kill him?" she mocked.
"It's not funny," Claudia wailed. "It's all over Timeline. As long as these photos are posted on his account, mutual friends will see it."
"I tried to tell him to take them down, but he's being Jack the Jerk."
But Claudia was lost in her own torment. "Everyone will see them," she whimpered. "David will see them." And that was the most tragic part of the entire horror story. Claudia's latest boyfriend was a 'friend' of her brother's.
Marcia could empathize with her friend. Claudia had won the chili eating competition five years in a row. She was proud of the trophies she'd acquired over the years, but that didn't mean any woman worth her salt would want her boyfriend knowing about those pictures. It was why Claudia had skipped out on the fair this year, and why she'd decided not to go home to Peachfield, Texas for Thanksgiving.
Knowing her friend's dilemma, Marcia waved her hand and ordered another round. "Don't worry about it Claudie. We'll get back at him, someday."
Miserably, Claudia looked up at her friend. "How? We can't post any embarrassing photos of him. He wouldn't care. And besides, he's disgustingly handsome," she wailed. "Even with chili on his face." 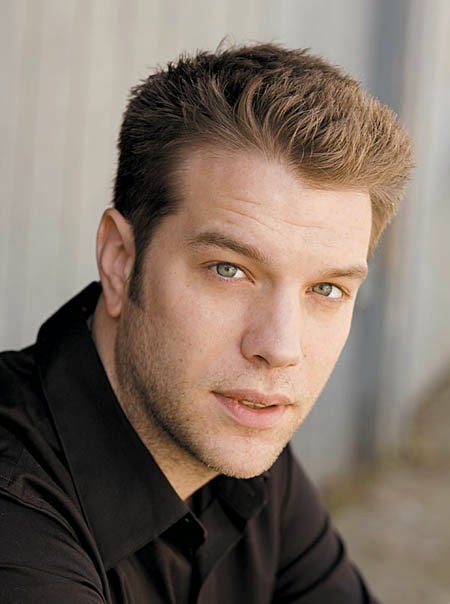